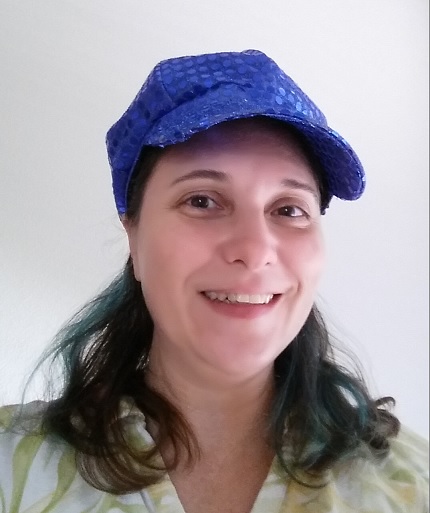 When I was in high school, I found my accounting class very fun, really. Yes. I’m odd; but I liked playing with numbers back then. When I went to college, I declared my major in Accounting. After the first semester, though, I found it rather boring and decided to switch my major.

Half way through my college career, I got married. I’ve been the family accountant since.

TheHubs deployed a few weeks after our marriage and it was just natural I took on that responsibility. My father raised me to be self-sufficient and I knew how to manage the finances before I was 18. When TheHubs returned, he told me that it was just simpler for me to manage the checking instead of having to deal with the whole back and forth of it when he would go to the field or deploy or whatever. I also didn’t want to add that burden on him when he came home at 9 or 10 at night and still have to pay the bills.  So, my job has always been to keep track of our money. It was just easier this way. Plus, it’s hard to share that responsibility as well. No two people take care of the money exactly the same.

It’s morphed into something more over the years, though.

Here we are now, smack dab in the middle of the holiday prep season. I’m here to tell you that this is one of the worst parts of the year. Not only do we have Thanksgiving and Christmas, we also have TheBoy’s birthday. And on top of all that, we have TheHubs’ want to spend, and all of it is expensive stuff. In fact, just this past week he’s told me he wants a new tuner, a new iPad, a new phone, amongst other things I can’t remember now. 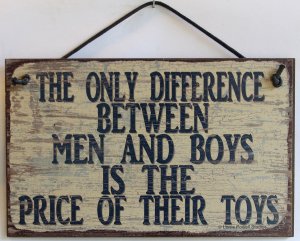 I’ve been traumatized by all the spending, all the debt.

When we first got married, I was unsure of myself, never wanting to step on toes and always feeling guilty when I’m the “bad guy” by saying no. It got us into so much trouble. We were DINKs (Dual Income, No Kids) and we didn’t think much about the future at 20. Being newly married, we had nothing. I was used to the things my parents had. So my idea of marriage and a home was skewed to begin with. Then, add my technogeek husband, and we ended up with several credit cards and mountains of debt by 25. We lived pay check to pay check and we kept getting new credit cards because I couldn’t say no and I wanted to please him. I did not want to be the cause of his anger, the blame of anything.

By the time we were 35, we were $75,000 in debt and we didn’t have a car payment nor a mortgage. We started understanding a little bit better why he went through these spending sprees and buyers remorse cycles. It didn’t help that I saw the same type of behavior in his mother. She was definitely not a good financial role-model and at first I thought it was just because of that. Then, with the bi-polar diagnosis, the depression and the PTSD diagnoses, and the multiple TBIs he suffered over the years, it all started making so much more sense.

But it didn’t stop it. With every new purchase, my insides burned with worry. I felt sick. I couldn’t eat for fear it would all come up. I started having little mini panic attacks, though I didn’t know what they were at the time. No matter how much I tried to save to pay off the credit cards, something always happened to make us have to use the credit cards again – be it more wants, or a car breaking down. Cars always broke down with us, and it was never cheap to fix. So we stayed in debt. And I stayed sick inside. fearing that I would always be the one to cause him to get mad.

When we started learning how to better communicate our feelings, me especially, this is when I started showing him exactly how much money we were in debt with nothing really to show for it. It took a lot of talking, a lot of showing, and a lot of persistence on my part to get through my fear of saying no. But once he realized how bad off we were, things started getting better. I put us on a consolidation program, which has since been paid off. We now have our own house and a new, reliable car (with payments). We have two more credit cards we still need to get rid of, and one is about to get paid off next month. And then I can start focusing on more important things–like savings, retirement plans, college funds, investments. You know, the stuff we SHOULD HAVE been saving for the whole time we’ve been married.

Mind you, we still go through these wanting sprees. But he’s been learning. He’s been talking it through and asking, instead of just impulsively doing. I’ve been good and helping him talk it through. “Do we really NEED this?” “Can we wait?” or just a simple “No.” Yes, I’ve said no. A lot. And yes, I still feel guilty, but he does help me by telling me that I’m usually right when it comes to “Do we actually need this item?” It’s been a hard road, and one that remains bumpy along the way. But we are managing it and getting through. It’s extremely hard to retrain your brain.

Now though, with all the stress of being a full-time employee, a full-time mom and housekeeper, a full-time caregiver, I am the family accountant. I’ve pretty much let the accounting duties slack, taking care of the bills twice a month only. However, with the popularity of smartphone apps, I am now able to keep track of my money on the run. I can log into my bank and check to make sure no unusual spending is happening, I get a text when the credit card is uses, I can even deposit checks with my phone’s camera. Yay for high-tech gadgetry! While a lot of the accounting duties are slipping, at any given time I still have an idea where the money is, how much is outstanding, how much is left in the bank after figuring out how much is still in limbo, and how much we have to play with (which usually isn’t much at the end of the pay period).

I will forever remain the only one in charge of the finances because of his memory issues now, though when he remembers, he worries that he’d be lost if something were to happen to me. He would probably forget to pay the bills on time, if at all. He’d forget the passwords to everything I have set up to pay the bills. He’d lose track of how much we had in the bank.  There’s just no way he would be able to keep track of it all. He can barely drive from point A to point B without me or the GPS! 😛

Does your spouse have impulse control issues with his PTSD or TBI? Have they gotten you into major debt? How did you manage to get out of it, if it did?

1 thought on “Accountant — The Many Hats Series” 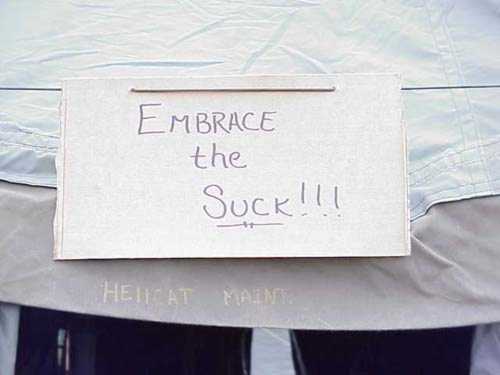